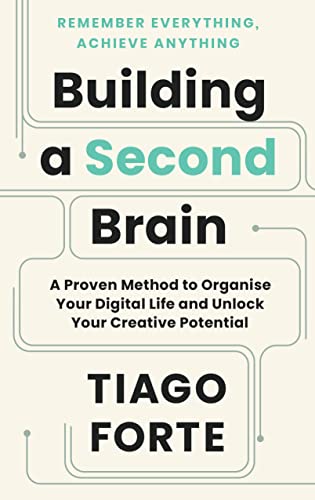 A Second brain essentially means developing your own digital note-taking system that helps you achieve your purpose.

Similarly, a Note taking system is to extend your brain's ability to retain and process information.

A Second brain note-taking system has four stages in it

It is also called CODE.

A note can be an extract from a book, or text from an article, or an image. The idea here is to capture anything that would be useful for your future self and put it in a single, centralized place. It is okay to be an information hoarder in the beginning. Holding information in the brain doesn't scale. By offloading, you are leveraging time to build your knowledge over time.

If you capture everything that has caught your attention, your digital notes would be no better than scrolling through social media. Instead, capture things that you think can help you move forward with your goal. Also, trying to organize while creating the note increases friction in the process.

It does not make sense to put fresh, dried, and frozen fruit together in one place because they all happen to be fruit. Yet this is how most people take notes. They put notes from books, podcasts, quotes, and images separately.

Instead of organizing by source, organize by outcomes. Create a project and collate related ideas within it.

For example: Everything in a kitchen is being organized to support one goal - preparing a meal. The culinary process can offer us insights into how to effectively organize.

Life is too short to spend time organizing notes that haven't proved their worth. Organize while executing, only when you visit the note for the second time, edit, and move around. This conservative approach would help you build a working system that aids your flow instead of a perfect system that requires hours of organizing.

Don't copy the entire chapter or the transcript. Be picky. Every time you touch a note, better it. Prune the ordinary and spotlight the key points. Add a highlight, bullets, commentary anything that would benefit your future self.

With access to the wisdom personally gained from your conversations, mistakes, victories, and lessons learned, Your note-taking system isn't just a medium for storage but a tool for thinking. And a good test for that is knowledge applied through execution. It should help you to move forward with your goal. You should be able to deep work on complex problems that you may have at hand, or improve your learning potential, better your judgment skills, or transform your relationships.

Being organized isn't a personality trait we are born with, nor is it merely a matter of finding the right apps or tools. It is the habit one should inculcate to put the information to use in today's world.