Fullstack React: The Complete Guide to ReactJS and Friends by Anthony Accomazzo 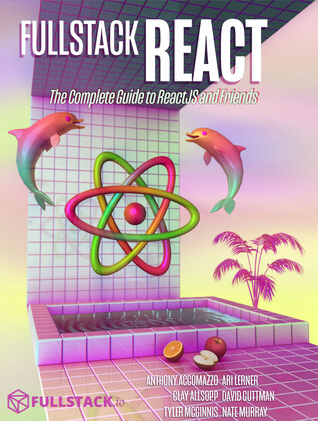 React is a JavaScript library for building user interfaces.

How does React work

When we change a react element, React first batches the changes. It then does a comparison of the current and the previous state of the virtual DOM and updates the difference to the browser DOM for us. This comparsion is done by efficient diffing algorithm.

React favours one-way data flow. i.e., the data flows down from root to components via state and props.

props is the short form properties. props are immutable piece of data that are passed to child components from parents.

For both the props and state change, the component will be re-rendered.

A component ideally should be responsible for only one functionality. Based on functionality, we can classify the components into two types.

Based on functionality, we can classify the components into two types.

State is private, mutable and local to the component.

a value can be a state, if it cant be passed via Props https://medium.com/@wisecobbler/using-a-function-in-setstate-instead-of-an-object-1f5cfd6e55d1 this.setState() is asynchronous.we need to use this.setState() after estting the inital state in the constructor. we need to use this.setState() to modify the state. It triggers the re-render when state changes we re-render the component. when ever a state update depends on the it is preferred to pass a function to current state. this is because it is async. react may not update the state immediately. it queues the update.

props is one way data pipeline.props are immutable piece of data taht are passedinto child componentsfrom parents. state is where we hold the data thats local to the component. stateis private and mutable.props are the parameter. input to the function.

The component will re-render when a props or state change.

This has state. render() is the only required method to be defined in a React class Component. After a component is mounted and initialized render() will be called.