I started reading Building a Second Brain and trying to squeeze in some time for summarizing my notes from the What The Heck Do I Do With My Life book - still WIP.

PR #19 which I raised last week and #17 were merged this week. These PRs were making changes only on the .sqlfile. In addition to the .sql file, the repo has .xml, .json file format as well. Next up, I'm planning to write a script to take care of updating these as suggested by the repo owner.

I was learning more about a11y and was focusing on how to make the site accessible for both keyboard-only users and screenreader-only users. 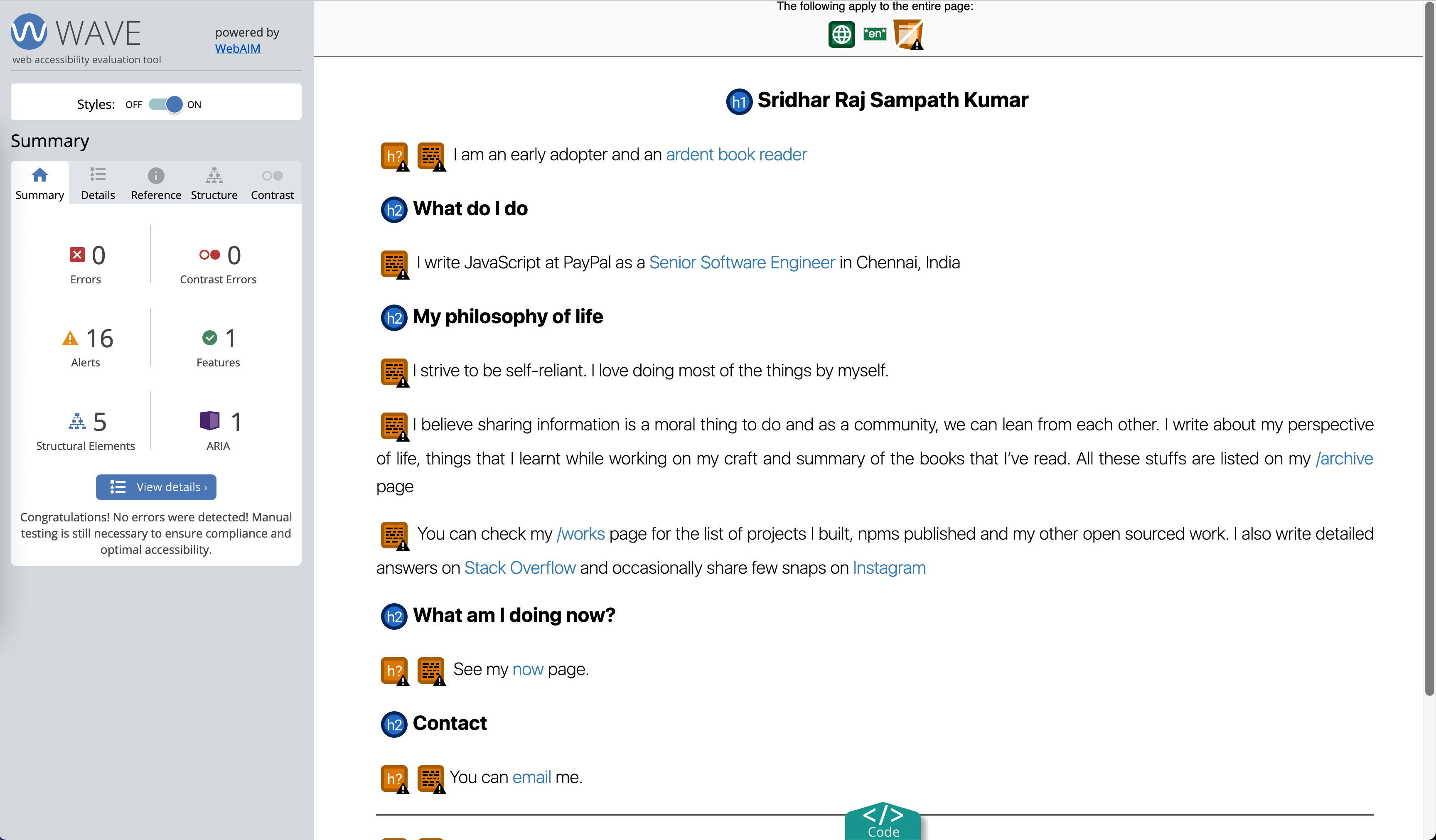 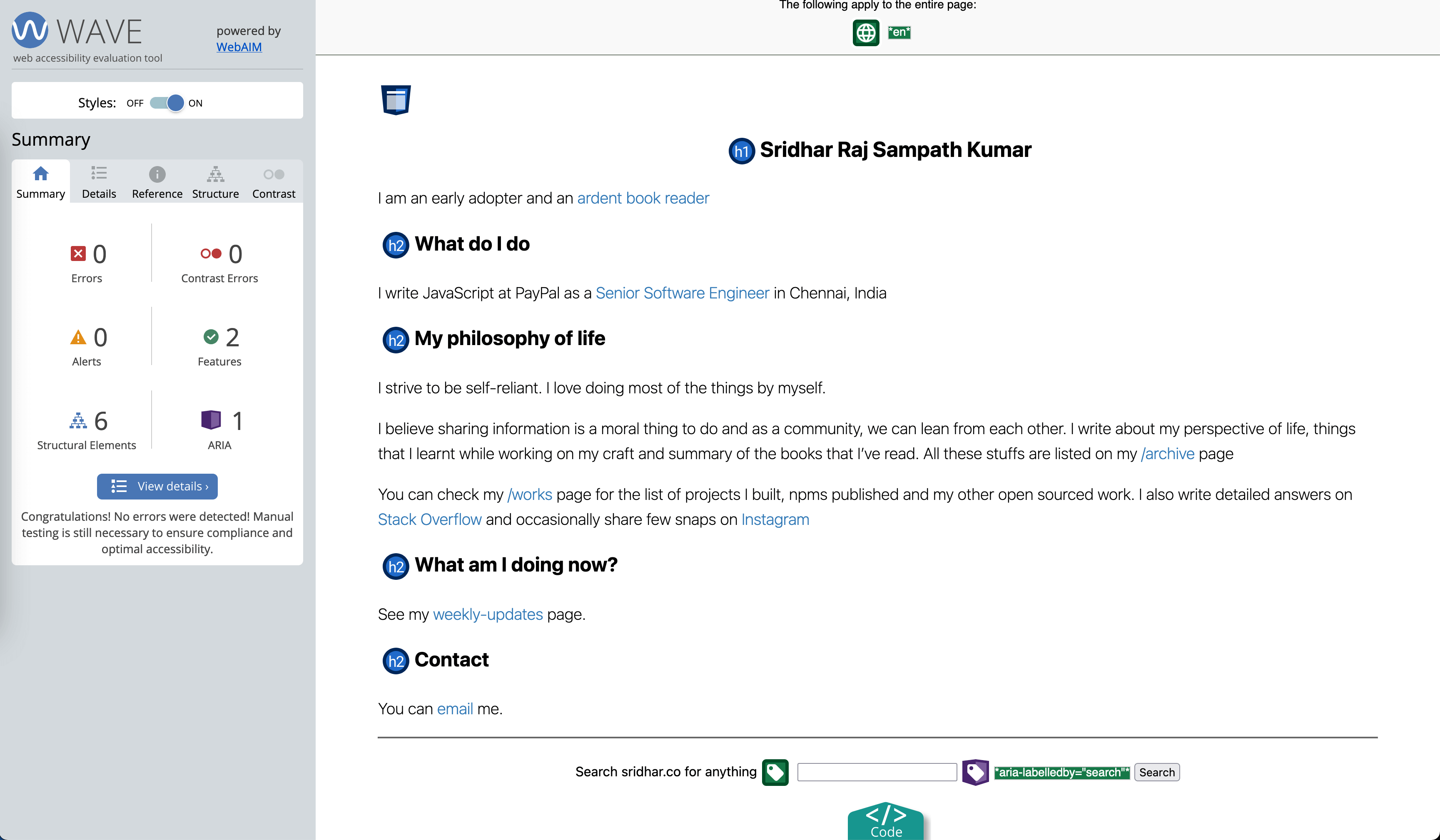 Testing and fixing a11y issues is easy using the WAVE browser extension. Along with WAVE, I discovered ClearURLs - an open sourced browser extension for removing utm_source, utm_medium, utm_campaign, and similar tracking parameters from URLs before loading them.


Adding test for a node script

While adding tests for the node script, I learnt that you can use assert that comes with Node.js instead of using an npm dependency.

If you want to test a condition for a little utility program without wanting to add any additional dependencies, you can use the native assert that comes with Node.js pic.twitter.com/oLAIQZEc4z